Ethiopia launched a national initiative to plant an impressive 4 billion trees, and Tree Aid is supporting it.
Your Donation Doubled

Ethiopia has launched a national initiative to plant an impressive 4 billion trees this summer, with activities underway in all parts of the country.

How do you plant 4 billion trees in just a few months? The answer: people power.

The ‘Green Legacy’ initiative is encouraging every citizen to plant at least 40 tree seedlings to contribute to the 4 billion goal. Monday 29 July was an important day for the initiative, with over 350 million trees being planted across the country in just one day – including on Tree Aid projects – in what is believed to be a new world record.

Ethiopia’s Prime Minister, Abiy Ahmed is leading the project, which aims to counter the effects of deforestation and climate change in the drought-prone country. Ethiopia’s forest coverage declined from 35% of total land in the early 20th Century to a little above 4% in the 2000s, according to the UN.

As part of our contribution to the Green Legacy Initiative, Tree Aid will plant 110,683 through our Natural Resource Conservation and Livelihoods Enhancement Project in the Dugda-Meki region. The plantation, in partnership with our local partner, Vision of Community Development Association (VoCDA), is being done in our enclosure sites, created to restore degraded land, with local people trained in sustainable land management techniques. Between January 2019 and December 2020, we are aiming to restore 420 hectares of land in enclosure sites thanks to funding from IDH and RPS. 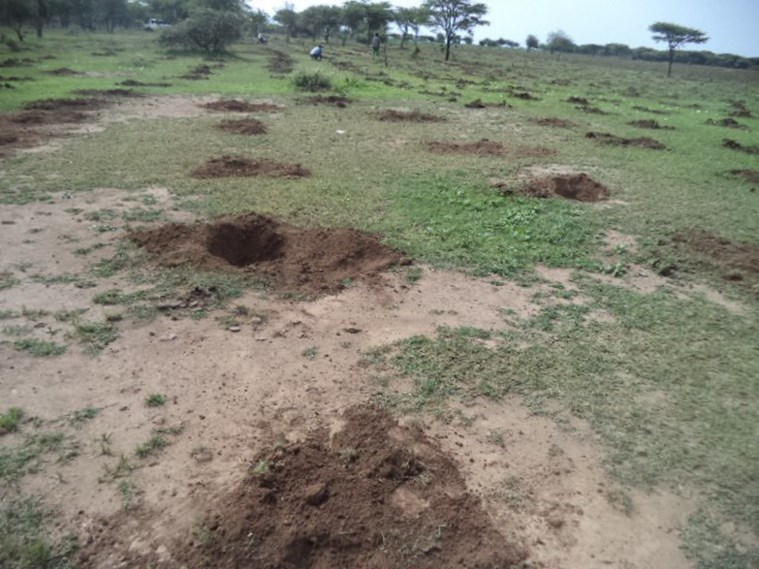 Tree Aid's Ethiopia team and VoCDA staff organised a tree planting event earlier this month (3rd July), planting 5,000 seedlings in the Dodota Dembel Kebele with the local community. We also contributed to an event held on 14th July at Hafa Kebele in the Dugda Woreda (district), joined by the local community, cultural and religious leaders, government officials and experts, and other NGOs. At this event, we were awarded a certificate as recognition of our effective project achievements, including tree nursery establishment and management, soil and water conservation and plantation of seedlings through community participation.

As part of the world record breaking attempts, we planted over 26,000 trees in the Dododota Dembal Kebele, including Acacia saligna, Jacaranda and Sesbania species. This was made possible with participation of 1,000 local people, including enclosure area project members, the local community, students and road construction project workers.