What does the climate crisis mean for Africa?

It’s no secret that climate change is transforming our world. Across the globe, communities are facing up to the scale of its impact, and the immense challenges needed to adapt to it.

Africa is one continent where the impacts of the crisis are particularly pronounced, especially in the Sahel where Tree Aid work.

With Africa Climate Week taking place from 29th August in Gabon next week, we take a closer look at the climate-related issues affecting the continent, and the efforts being made to combat them.

Read on to learn:

Why is Africa vulnerable to climate change?

Learn about the problems the climate crisis is causing in the Sahel region:

Temperatures in the sub-Saharan Sahel region rose by nearly 1°C in the 30 years from 1970, almost twice the global average – drought, wildfires and flooding are now regular occurrences.

Many people here depend on the land, yet severe land degradation (worsened by the climate crisis) is making it harder to grow crops to eat and sell. In these circumstances, poverty can contribute to a vicious cycle of worsening degradation; deforestation and unsustainable exploitation of natural resources increases as the need to generate an income becomes ever-more important.

The region now faces a stark reality – with desertification reaching a tipping point, land restoration efforts must be scaled-up drastically to meet the scale of the challenge, if the region is to be able to continue to support life by 2040.

What are the solutions to the climate crisis in Africa?

Fortunately, solutions to these climate-induced problems do exist, and many of them come from nature! We know we cannot rely on nature to provide the whole solution - a significant reduction in our greenhouse gas emissions is essential if we are to keep global warming below 1.5C. However, working with nature is certainly a powerful piece of the puzzle when it comes to tackling the climate crisis and its effects.

Take trees, for example, our favourite ‘nature-based solution’: when you plant the right trees, in the right places (with the right people) a whole host of social and environmental benefits emerge – trees can: 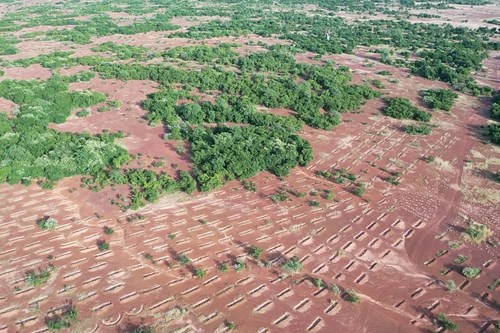 Why trees are part of the solution in Africa:

As you can see above, trees can be used to tackle a variety of different but connected problems. Trees actually contribute towards achieving many of the Sustainable Development Goals; the UN’s benchmark objectives for achieving truly sustainable societies. The UN are big advocates of addressing these issues in a joined-up way, so it’s amazing that trees can tackle these issues together.

What are people doing to tackle climate change already?

Across Africa, communities are stepping up to the challenge of tackling the climate crisis, using nature-based solutions, like tree planting and other land restoration techniques. Nothing represents this cross-continental effort better than the Great Green Wall.

8,000km across sub-Saharan Africa, the Great Green Wall is a mosaic of land restoration and tree planting projects, designed to hold back the desert, grow incomes, improve biodiversity and capture carbon. Once completed, its impact will be felt around the world.

How are Tree Aid helping to tackle the climate crisis in Africa?

All our projects in the Sahel directly contribute to the Great Green Wall, and we’re proud of the impact that we’ve had so far. We believe that communities on the frontlines of the climate crisis know the best solutions for tackling the issues they face, so our work is led by local people with local knowledge and expertise. We equip people with the tools and skills they need to grow trees, protect their land, and start viable businesses.

Together with local communities, we also influence policy and push for change that protects trees, people, and our planet. Every tree we grow or protect is helping to challenge the effects of the climate crisis and tackle hunger and poverty. We’ve been working in this region since 1985, supporting these community efforts with trees, tools and training to ensure the projects have maximum impact. 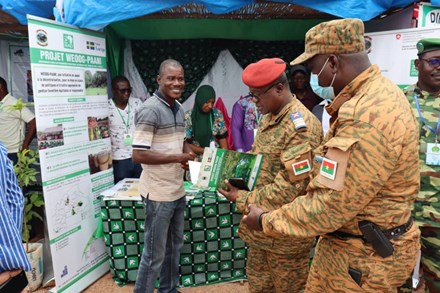 The approaches we use in our projects cover many different elements of land restoration. They include:

How can the world support Africa to tackle climate change?

The Great Green Wall has received international acclaim for its bold aspirations, and support to ensure its completion is growing fast. To date, an amazing $19 billion in funding has ben pledged for the project – the challenge now is to make sure that this funding reaches the right people, before it’s too late. Completion of this project by 2030 is a vital step towards transforming the future for millions of African people living on the frontlines of climate change. 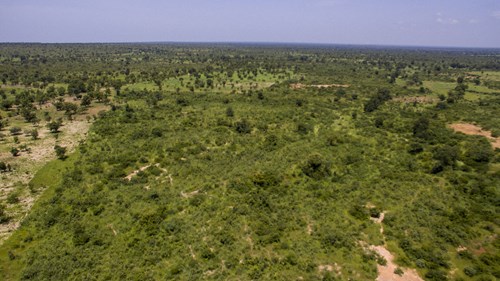 We want to ensure that this funding, along with private investment (in markets such as sustainable value chains and carbon credits) are reaching people on the ground who can grow the Great Green Wall in the most effective and beneficial way.

That’s why a big part of our work is about advocacy. Working with local and international governments, plus organisations like the World Economic Forum and the Global Shea Alliance, we work to ensure that new policies and investments in the Sahel are designed to support local people, economies, and ecosystems all along the Great Green Wall. 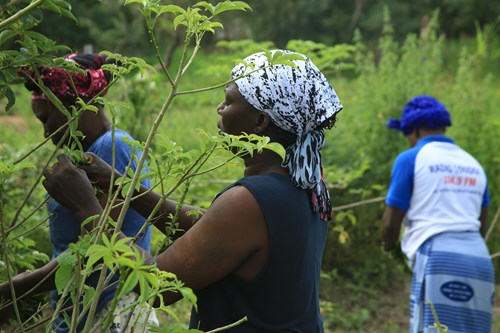 We also attend international conferences, like this week’s Africa Climate Week in Gabon, the COP15 desertification summit, and the upcoming COP27 conference, sharing evidence of the impact that grassroots restoration projects can have when they are given the support needed to scale-up their work.

How can you support?

Championing nature-based solutions and the people who implement them is one of the most effective ways you can help to make a difference. With the right support, tools and training, communities in Africa’s drylands can scale-up their ecosystem restoration efforts to the level needed, slowing the rate of climate change and growing a resilient future for our changing world.

Since we began in 1985, we’ve grown over 27 million trees, restoring an area of land bigger than greater London, and supporting almost 40,000 people to develop enterprise groups selling trees products. With your continued support, we can achieve our vision of a healthy, thriving drylands region by 2040.
Donate
Share
Facebook Twitter Linkedin Email