Celebrating the power of shea

When most of us think about shea, we think about beauty products and toiletries. But for many women living in West Africa, shea is so much more than that.

Shea trees provide a vital source of income and food and help to protect and restore the environment, allowing communities to grow their way out of poverty and build their resilience to a climate in crisis.

At Tree Aid, we understand the importance of shea trees and their nuts and fruit, for both people and the planet, and that is why shea trees play a key role in many of our projects.

On Global Shea Day, we are sharing the story of how the shea butter that you know and love is a way of life for women in Africa’s drylands. 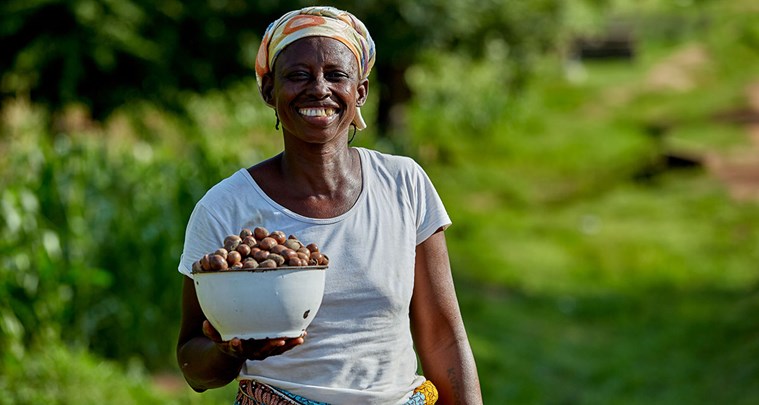 More than a beauty product

The shea fruit is a great source of nutrients for people in rural Africa that often have limited food sources, while the shea nut can be processed into butter which can be used for cooking or to make cosmetics which are used all over the world.

In addition, shea trees help to stabilise the environment and build resilience against the climate crisis. Currently, in West Africa, shea trees absorb and fix an incredible 1.5 million tonnes of CO2 every year.

According to the Global Shea Alliance, almost 8 million shea trees are lost across West Africa every single year. The impacts of the climate crisis along with unsustainable tree use and increased clearing of land for agriculture are all major contributors in the alarming decrease in the shea population.

Without these amazing trees, many communities would lose this essential source of food and income and their environment would suffer dramatically – which makes it all the more important for TREE AID to support communities to protect their shea trees. 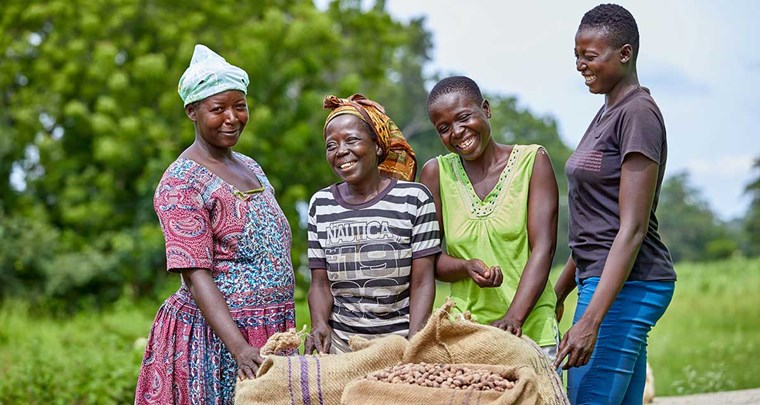 Women at the forefront of the shea trade

The majority of the world’s shea comes from West Africa. In fact, 99% of shea exported globally is produced in just eight countries in West Africa, including Ghana, Mali and Burkina Faso. This means that it is a tree of huge economic importance in these countries.

Rural women play a leading role in the shea market, with 8 million women across West Africa being involved in shea related activities.

In many countries in West Africa, women are often excluded from income-generating activities due to engrained gender inequality. Shea trees provide women with a rare opportunity to earn their own income, allowing them to gain financial independence and improve their status in the home and community.

Kubaje has experienced first-hand the benefits of shea trees to her family and her community. After her husband fell ill, she had to provide for her family on her own but this wasn’t always easy. She processed shea nuts into butter to earn an income but working alone and with limited equipment, the process was long and tiring. She told us: “We had to crush the nuts one after the other, which was time consuming.”

But then, Kubaje joined a shea enterprise group that was set up through a Tree Aid project in her village. With the extra training and tools that she and her neighbours received through the project, she has cut down the shea processing time, increased the produce quality and has the added support of the other women in the enterprise group.

The women were also supported with business skills training including financial literacy workshops, which have helped them to better market their produce to buyers.

Opening up options with warehouses

With shea trees only producing nuts for six months of the year, unless communities have a safe and dry place to store the nuts, they will struggle to generate income for the rest of the year, especially when food is scarce during the dry season or when crops fail.

That’s why Tree Aid is supporting shea enterprise groups by building warehouses where they can store shea nuts picked in the shea season so that they are available all year round. Tree Aid has already helped to build eight of these warehouses across rural Ghana, each of which has been transformative for the enterprise groups. 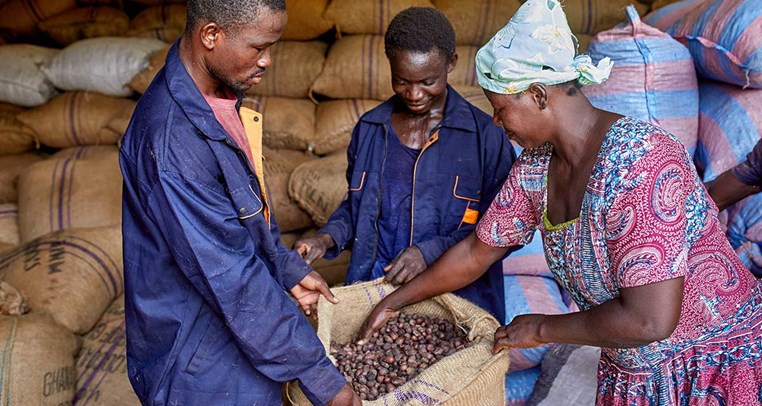 As well as providing a source of income throughout the year, storing produce in warehouses also means that enterprise groups can sell their produce when prices are best, rather than straight after the harvest when market competition is high.

Kubaje and her community have seen first-hand the benefits a warehouse can bring: “We don’t have to keep going to market and we can sell it [shea butter] for a better price when the price is higher in the dry season. The buyers come to us.”

Shea butter is vital to the women's groups we work with in the drylands of Africa. Find out more about our work, growing businesses.
Our enterprise work
Share
Facebook Twitter Linkedin Email
Tags
Enterprise development